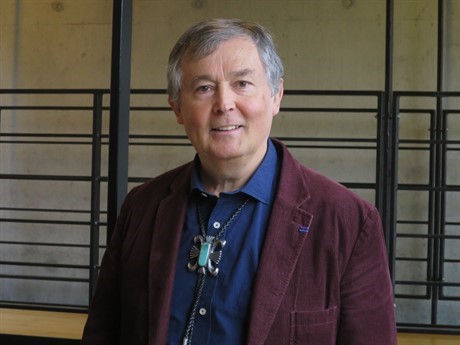 From 1999 to 2002: Also
Professor II of Marketing, Department of Marketing at B.I. Norwegian School of Management, Oslo, Norway.

1988-1993:
Distinguished Associate Professor ("docent" new title created in 1987 by the Danish ministery of education to honour the most active associate professors) of sociology and social psychology, Department of Marketing and Communications, Odense University, Odense Denmark,

ABILITY TO COMMUNICATE IN DIFFERENT LANGUAGES

I believe that – thanks to my parents, my oldest sister and my school teachers – I learned most from what I passionately read since I was a teenager, not to mention the great inspiration and experience from the novels, movies, plays I was fortunate to read or watch as a teenager. We lived in Paris 15, that is to say not far from Montparnasse and the Eiffel Tower. Although none of my parents had had this opportunity themselves (they both had to work from the age of 12), my mother took me to the Comédie Française from the age of 10 to enjoy Molière's and many other classical plays. A few years older I could watch the modern plays produced at the TNP, Théatre National Populaire (All of Bertolt Bretch for instance, thanks to Jean Vilar who was in charge then). On the other bank of the river Seine, at the Palais de Chaillot, I could watched for almost no money the movies at the Cinémathèque (thanks to Henri Langlois who created it and to André Malraux who allocated cultural funds to it).

There are two main reasons for which I like to mention the names of my many masters. The first one is that I believe students still could learn much more from reading works than from textbooks and research papers. The second reason is that most of my mentors' names remain unknown to many of my Anglo-Saxon and Scandinavian colleagues. I strongly believe that it is not enough for scholars only to be able to read english publications.

1992: Dominique Bouchet was given a Danish Business Association’s prize for marketing research on March 13. 1992.
1992: The French Premier Minister has on July the 15th nominated Dominique Bouchet "Chevalier dans l’Ordre des Palmes Académiques" (a decoration for services to education and research in France.)
2005: The French President has on May the 13th nominated Dominique Bouchet "Chevalier dans l’Ordre national du Mérite" (a decoration for services to France.) The motivation: Dominique Bouchet's contribution to cross cultural understanding within Europe and outside Europe.
2005: The Erdoğan Kumcu Best Paper Award was given Dominique Bouchet for his paper entitled: "Marketing Development and the Question of Meaning. Why the Spreading of Marketing does not Necessarily Contribute to Global Peace and Prosperity" presented at the 9th International Conference of Marketing and Development, June 8-11, 2005 in Thessaloniki, Greece.
2007: Professor Dominique Bouchet awarded the Danish “researcher’s prize” for “transcending research”DM’s Research prize 2007 DM – Dank Magisterforening is the Danish Union of Professors and Researchers within the fields of Humanities, Sciences, & Social Sciences. The jury expresses its nomination as follows: “Dominique Bouchet succeeds in moving his research into a transcendent scientific space that challenges the Danish tradition within Social Sciences. By his vivid interest in the principle of change, Dr. Bouchet conveys significant inspiration to science in general. Therefore, in his capacity as an original and transcending researcher, Dominique Bouchet is awarded the researchers’ prize.”