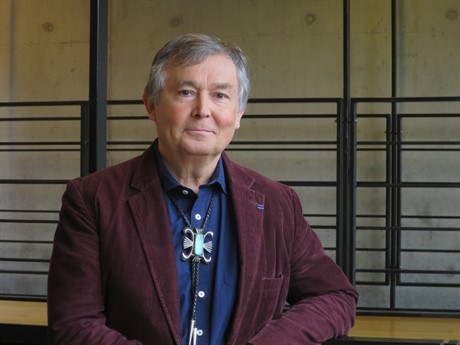 Dominique Bouchet is Chair Professor of International Marketing at the Department of Marketing and Management at the University of Southern Denmark – Odense where he has held this position since 1992. He is also Adjunct Professor at the School of Creative Arts of the James Cook University - Townsville, Australia. At the University of Southern Denmark he served for 13 years as the Director of Doctoral Programs in Social Sciences, including Economics, Law, Journalism, Political Science, and Business Science. He has been a visiting professor on the international doctoral programme at ESSEC (Ecole des Sciences Economiques et Commerciales) in Paris where he taught the advanced qualitative methods course on the doctoral marketing programme for several years. Until recently he was also visiting professor at Paris Dauphine University where he taught cross cultural management and often explained and made evident cultural differences between Scandinavian countries/organizations. From 2011 to 2016 Dr. Bouchet was also an external examiner at Dublin City University. He was also Professor II at The Norwegian School of Management BI in Oslo for 3 years ONE PAGE CV PDF

Dr. Bouchet was born in Paris in 1949, where he was educated in business economics (Masters) at ESSEC, international economics (Ph.D.) at Sorbonne, sociology (Master & postmaster diploma) at Paris 7, town planning (postgraduate diploma) at ENPC, and Latin American Studies (postgraduate diploma) at IHEAL. He was an associate professor in international economics at Aalborg University for six years and an associate professor in sociology and social psychology at Odense University for 8 years.

Dominique Bouchet is a multidisciplinary polyglot scholar known for his ability to communi­cate about complex issues to a broad range of publics in five different languages & his outstanding intercultural competence.

His main research interests cover social change and cultural differences. He studies the importance of the cultural dimension in international marketing and management.

In 2007 Bouchet was awarded the “researcher’s prize” for “Transcending Research” (DM’s Research prize 2007 DM – Dank Magisterforening is the Danish Union of Professors and Researchers within the fields of Humanities, Sciences, & Social Sciences.) The jury expressed its nomination as follows: “Dr. Dominique Bouchet succeeds in moving his research into a transcendent scientific space that challenges the Danish tradition within Social Sciences. By his vivid interest in the principle of change, Dr. Bouchet conveys significant inspiration to science in general. Therefore, in his capacity as an original and transcending researcher and scholar, Dominique Bouchet is awarded the researchers’ prize.”

Dominique Bouchet is the author or co-author of more than 40 books and 180 articles published in ten languages. Frequently called to make commentaries and analyses on the media, he has given hundreds of interviews in Brazil, Denmark, England, France, Norway, Portugal, Spain, Sweden, USA, and has written more than sixty columns in five different languages published in six different countries.

Dr. Bouchet is on the editorial board of several European and American journals. He is the Book Review Editor of Consumption, Markets & Culture. He has been the co-editor of two interdisciplinary Scandinavian Journals (Paradigma and Paradoks).

He has presented hundreds of popular lectures in Scandinavia for audiences that range from young children to seniors coming from all social backgrounds, and has been paid many a compliment in the media for his ability to communicate about complex academic issues in popularly understandable manner to many different audiences.

Bouchet is also a consultant to many European firms for top level management and marketing decisions, and an invited speaker by many companies and organizations worldwide.

Dominique Bouchet was presented with a Danish Business Association’s Prize for marketing research in 1992. He has received the Erdoğan Kumcu best paper award in 2005, was made Knight of the Palm Academic Order by the French Prime Minister in 1992, and Knight of the National Order of Merit by the French President in 2005 for his contribution to European cross cultural understanding. In 2014 he was made Knight of Denmark ("Ridder af Dannebrogordenen") by the Danish Queen.